The last four articles in this series have focused on what I call ‘two sides of the same coin’ – the coin being the large-scale and improper use of Public Money.

I examined the THA/BOLT office project called MILSHIRV being undertaken with the Rahael group and the Calcutta Settlement land scheme in which the HDC acquired developed lands at several times the proper price the State could have paid.

Throughout this type of critique one has to strive for effective balance and fundamental integrity.  The extent of the waste and/or theft is never easy to pinpoint when one is working from outside and relying solely on published documents, but my best efforts to establish those facts is what is presented.  Of course it is impossible to say for sure that any amount of money was stolen in a particular project, hence the phrase ‘wasted or stolen’.

Objectively, it does not matter whether the money is wasted or stolen, if it is ultimately unavailable for the benefit of the Public.  Once spent, that Public Money is gone forever, which is why Value for Money is of such importance in any proper Public Procurement system.

Subjectively, however, the errors of inexperience or poor process must be differentiated from an active conspiracy to defraud.  Although the objective measure of loss might be identical in terms of the dollar-amount, there are different long-term consequences.  Innocent errors and miscalculations can be rectified over time by ongoing review processes.  Deliberate conspiracies to defraud require concerted and well-grounded attacks in order to be eliminated.  What is worse about the deliberate conspiracies is that they affect the very atmosphere in which public business is conducted.

We end up with a situation where it pays to pay a bribe and the decision not to pay is to suffer delay.

That is why we are where we are today.  Simple so.

Here in T&T we have seen a similar pattern in our financial markets, but the point being made here is that it has also emerged in the Public Procurement arena, with TIDCO paving roads; the rising profile of State-owned entities which were deliberately excluded from the formal procurement controls; those same companies breaking their own rules and so on. That is the emergence of a toxic kind of ‘Procurement Arbitrage’, which is the reason why we must have over-arching regulations to control all transactions in Public Money.

So, there are two types of losses being charted here –

Only a Court can establish whether the lost Public Money was wasted or stolen, so I have ventured no opinion as to which is which. Readers can reach their own conclusions.

These charts illustrate the extent of the waste or theft of Public Money in the THA/BOLT and Calcutta Settlement projects.

‘A good example is worth a thousand words‘ 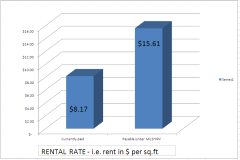 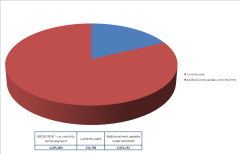 Click on the charts above to see full size version 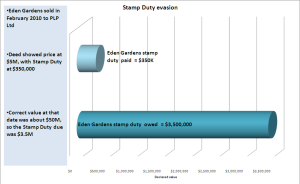 Click on the charts above to see full size version

4 thoughts on “Charting our losses: ‘A picture is worth a thousand words’”