during this panel discussion: ‘Resort Development in Tobago: Power, Politics & People’ organized by Department of Management Studies of the University of the West Indies.

This article will delve into the roles of the various officials and public Institutions who are responsible for this Tobago Sandals MoU.

This process followed the familiar pattern of information management, in which the ‘Underlying Commercial Arrangements’ are intentionally obscured, while other details are selectively provided. 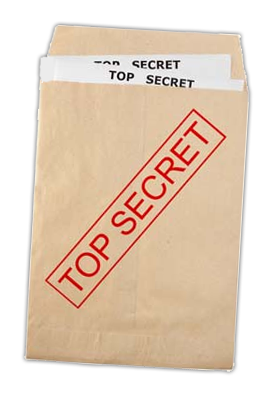 It is clear that there was no intention to disclose the MoU, given the strong official resistance to my request under the Freedom of Information Act (FoIA). The entire nine-month period of my challenge was one of Carefully Crafted Confusion, with both sides claiming repeatedly that there was no secret, yet at the same time there were serious issues of commercial confidentiality. Of course, only one of those could be the truth. My litigation forced both Sandals and our public officials to decide which version was true, so the MoU was released on the day before our first Court hearing.

That MoU also contains a confidentiality clause which only permits any disclosure with the agreement of the other party. The parties promised each other to keep those important secrets safe. END_OF_DOCUMENT_TOKEN_TO_BE_REPLACED

Afra Raymond was at the Scarborough Public Library in Tobago on 13 December 2018 to speak on his successful Freedom of Information request to see the Memorandum of Understanding between the T&T government and the Sandals Group to develop and run a Sandal/Beaches resort in Tobago. His analysis of the MoU was discussed and Q&A followed.

The previous article examined the clauses of the Tobago Sandals MoU and I took the position that those provisions were entirely in favour of Sandals, which was investing none of the capital. What is more, the MoU offers unspecified incentives and exemptions to Sandals, as well as a free hand in terms of purchasing and employment. Incredible, but true. This is where we are.

This article will examine the MoU further, starting with the question of just why was it released at this advanced stage after 9 months of claiming that its contents were secret and that disclosure would damage the ongoing negotiations.

It could be that the Cabinet, acting in the public interest and in the face of my litigation, decided to release the MoU as a tangible show of transparency. On the other hand, it could be that the ongoing negotiations have now settled to the point that the release of the MoU was literally immaterial to the desired outcome. That second version seems to me to be the more likely one, given the mid-December date disclosed for signing the real contracts. If that is really the case, we are witness to a sobering moment in terms of the implications of this Public Private Partnership. END_OF_DOCUMENT_TOKEN_TO_BE_REPLACED

At the end of January 2018, the Ministry of Trade & Industry and its implementing agency, Evolving Technologies & Enterprise Development Company (ETECK), announced the completion of a $7.6M project for the renewal of the Trinidad Hilton Pool. According to the official statements, that project was completed on time and within budget, as part of the State’s long-term obligations at that 418-room hotel. Despite those assurances, there was a series of condemnations which need to examined.

Three of its interesting details –

I am not making an issue of the decision to do these improvements or making allegations of cost or time over-runs. There may be issues in those aspects of the project but I am not engaging those.

My issue has been and remains, that despite all the smooth press releases and so on, we are unaware of the underlying commercial arrangements by which these hotels exist. The three largest hotels in our country are State-owned – Trinidad Hilton; Magdalena Grand (formerly known as Tobago Hilton) and Hyatt Regency. Those hotels are operated by foreign entities under management agreements with the State agencies which hold the ownership interest. They can therefore be classed as Public Private Partnerships (PPPs). Since PPPs are currently being promoted as a development approach, those arrangements certainly ought to be closely examined, looking beyond the Hilton pool. END_OF_DOCUMENT_TOKEN_TO_BE_REPLACED