The meaning of the PM’s speech of 27th July 2017 was truly sobering. 27 July was the anniversary of the Muslimeen coup, the 27th anniversary, as it so happens. This might look like a mere coincidence, but stay with me here.

Dr Rowley told us that the CL Financial group, which has been under the direction of a State-controlled Board since 2009, was either not in control or themselves culpable in this serious situation now upon the country. The failure to keep proper audited accounts and the issue of the alleged diversion of Angostura’s dividends, all add to the impression of a huge, out-of-control entity operating to our collective detriment. It also seems from that statement that the only substantial repayment of CLF’s debt to the State was the $7.5 Billion earned from the sale of shares in Methanol Holdings Trinidad Ltd. Where did the hefty dividends from Republic Bank Ltd go?

Added to that series of messages from the PM’s statement, one also has to consider the extensive post-Cabinet briefing by the Minister of Finance on Thursday 3rd August 2017.

This situation is now unravelling so fast that what I intended to be a column on two aspects will have to cover a wider scope. 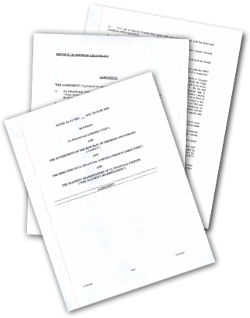 The very CLF Shareholders’ Agreement which the Minister of Finance is seeking to have renewed, is deeply flawed as it allows the CLF chiefs to retain their shares, does not charge any interest and contains no term for repayment.

How did those astonishing concessions become part of our unique T&T bailout? Did CLF propose to pay no interest and waive any repayment period or was it the State’s advisers who suggested this approach? Mariano Browne and Colm Imbert were both members of Cabinet at the time. I accept Browne’s statements that he was sent out of the country when crucial Cabinet meetings on this pressing issue were held. Even if one accepts that account of events, it does not diminish the principle of Collective Cabinet Responsibility, which binds all the members of the Cabinet to its decisions. The then Central Bank Governor, Ewart Williams, is now the Adviser to the current Minister of Finance. Well I tell you.

In addition, when then PM, Kamla Persad-Bissessar, addressed Parliament on 1 October 2010 (pp. 20-34), she was clear that $7.3 Billion had been spent by the previous government and that a further $7.0 Billion was needed to complete the CLF bailout. So how did we get from a late-2010 estimate of $14.3 Billion to the current Finance Minister’s estimate of $27.7 Billion in his mid-year budget review on 10th May 2017? That is the question. Both parties seem committed to suppressing those critical details, hence the continuing appeal against my lawsuit. That is a form of political unity we can ill-afford at this time of severe economic challenges.

Action against the improper decisions of the CLF Directors

The current narrative recently given by both PM Rowley and Minister of Finance Imbert places a serious responsibility on the CLF Directors for the current imbroglio. The CLF Shareholders’ Agreement provides for a majority of the CLF Directors to be appointed by the State and that has been observed since 2009.

The current allegations place a serious burden on CLF’s State-appointed Directors to account for their decisions to the point that at this stage, the State ought to be considering legal action against those erring Directors, if indeed those allegations are sound. The PP’s lawsuits against the ETeck Directors are ample precedent for a lawsuit against the CLF Directors for breach of their duties under S.99 (1) of the Companies’ Act.

In addition, there is the clear prospect of disqualification of the CLF Directors under the Central Bank’s fit and proper requirements.

There has been a great deal of debate about the terms under which the State transferred valuable lands at Golden Grove Estate to itself in March 2017 in pursuance of the Sandals development. The arguments have ranged across two main points – the propriety of the State transferring the property to itself, sitting effectively on both sides of the transaction and the actual value at which the property was transferred. I accept that the Central Bank Act allows the State to acquire properties or companies to obtain repayment of the CLF debt, despite the unease arising from the apparent conflict of interest in self-dealing. What gives me comfort is the fact that the valuations relied upon by the State in this matter accord with my own opinion, as a Chartered Valuation Surveyor who has worked on that property in the past. In my opinion, those lands would not be more than $200M in value today.

The claims by the CLF shareholders that the land has been ‘undervalued at $10 per sq ft’ remind me of nothing so much as the wild claims by the PP administration in relation to Eden Gardens. What would be instructive is for the CLF shareholders to give details of how their estimated value of $867M was arrived at – was that a formal valuation? If not, what are we discussing? If it was a formal Valuation, who did that report? When can we expect that to be published?

Finally, the troubled question of Accountability and Transparency, not to mention the issue of Good Governance, invites our attention to the fact that Central Bank (Amendment) Act 2011 requires certain reports. At S. 5 ss (7), The Bank is required to report quarterly on the progress of the CLF bailout.

David Walker, Rishi Maharaj of Disclosure Today and I wrote a joint letter on 31 January 2017 to the Central Bank Governor to query The Bank’s failure to implement its own fit and proper requirements, the fact that CLICO ought to now be released from The Bank’s control and the disposition of those assets, if the original shareholders are disqualified. The Bank’s reply of 21 April 2017 stated, at its last sentence –

“Kindly note that a public report providing an update on the CLICO resolution is filed in the High Court and laid in Parliament on a quarterly basis.”

This statutory requirement on the Central Bank to provide quarterly reports arose in January 2012, so there ought to have been 22 reports lodged in the intervening five and a half years up to 30th June 2017. I have seen written confirmation from the Parliament that only seven of those Reports have been lodged with that Institution. Take that!