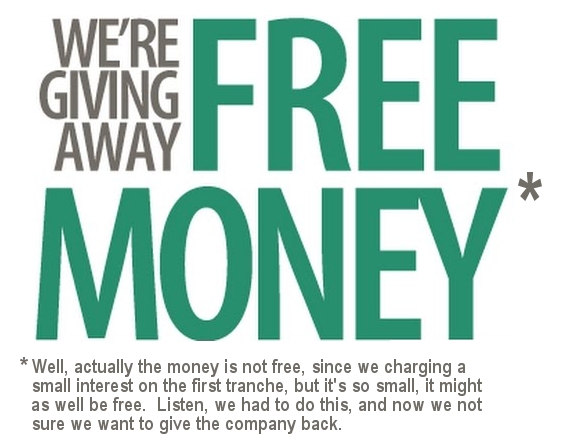 This title denotes the search for truth and the meaning of that truth. The main issue to be confronted this week is the attempt to once again create an alternative narrative, this time in relation to interest charged on the Public Money spent in this bailout.

Every year, I observe The Season of Reflection, between Emancipation Day on 1st August; Independence Day on 31st August and Republic Day on 24th September. There appears to be a meaning in the sequence of these holidays in terms of both the years and dates. Some notion of progress from the barbarism of Slavery to the undignified bad-old days of Colonialism to the better days we now experience as citizens of a Republic. But that progress did not come just so, there had to be real pressure for change.

Searching for progress and understanding requires us to go deep, even if only for a spell, hence The Season of Reflection.

This Season opens at a charged moment in the riveting CL Financial bailout, which I described last week as a bold-faced snatch-and-grab. Of course I was referring to the attempt by the shareholders to regain control of the CLF group without a binding agreement in place to ensure repayment of the $15 Billion in Public Money spent in this bailout.

The State prevailed at the Appeal Court in having Provisional Liquidators appointed for CLF and the Special General Meeting of shareholders (intended to appoint two new Directors under the control of the shareholders) has been deferred by agreement until October 2017. The substantive hearing for the winding-up application is set to be heard by Justice Ramcharan in September 2017 at the High Court.

I would not be surprised if the CLF shareholders appeal to the Privy Council against the Appeal Court ruling and there is sure to be other related litigation. There are now strong claims from the various sides in this dispute and I therefore listened carefully to the PM’s address on this matter on Thursday 27 July 2017. I was pleased that the PM took the time and care to address this important issue with such diligence. It seemed to me that an effort was made to present this issue to the taxpayers, largely without the partisan approach which has virtually disfigured our national discourse. I appreciated that aspect, as Dr Rowley presented the State’s case for taking the dramatic steps to protect the fundamental interests of taxpayers by attempting to have CLF wound-up. Given the circumstances, there seemed to be little choice. (see below)

I was most concerned by the PM’s attempt to deal with the troubling fact that little or no interest is being charged on the huge sums of Public Money spent in this CLF bailout. Dr Rowley’s argument was that interest was charged on the $5.0 Billion advanced during the first phase of the bailout (under the Patrick Manning-led PNM government) and that a zero-interest position was taken for the further sums advanced during the latter stage of the bailout (under the Kamla Persad-Bissessar-led PP government). I completely disagree with that position.

It is certainly true that the virtually-nil rate of interest charged on the Public Money lent to repay the debts of the CLF group is a scandalous indictment on the entire arrangement. The failure to charge interest on these vast sums of Public Money is rooted in the MoU of 30th January 2009 and the CLF Shareholders’ Agreement of 12th June 2009, both of which are silent on interest. It appears to me that no matter who was in office, it would have been impossible to charge interest given the absence of stipulations as to either interest or repayment period. That’s right, neither agreement defined a term for repayment. That means the CLF shareholders, to borrow part of Dr Rowley’s argument, have no incentive to quickly repay the State, even if the Shareholders’ Agreement is renewed.

The silence of our leading economic and financial commentators and public officials on the interest issue is a striking indictment of prevailing professional standards. Public Money needs to be managed and accounted for to a higher standard than private money. After all, it is paid involuntarily, via taxation. Just imagine any bank or credit union making a huge loan at virtually-zero interest with no set date for repayment.

But the interest charged on the first injection of $5.0 Billion needs careful examination. That money was converted to preference shares at 4.75%, according to the CLICO audited accounts and that arrangement would have occurred in 2009, in the gap between the 30th January MoU and the 12th June Shareholders’ Agreement.

The Central Bank’s Handbook of Key Economic and Financial Statistics for the period 1955-2013, at pg 113 in table F11.1, discloses that the Weighted Average Loan Rate charged by commercial banks was 11.19% in 2008 and 11.80% in 2009. Which means that the average taxpayer borrowing money from a commercial bank in T&T at that time would have been paying over 11% in interest. At the same time, the State was charging the largest conglomerate in the Caribbean less than half that rate, only 4.75%. Even if one accepts that some interest was charged on the first $5.0 Billion in early 2009, the rate was a scandalously low one. It is nothing to be proud of. Given that over $25 Billion in Public Money has been lent to CLF, I have estimated that the actual interest due to be paid on this entire bailout is less than 1%. You see?

Next week I will delve into the amounts owed; the No Man’s Land transfer and the Central Bank’s Quarterly Reports to the Parliament.