When you consider increasing lifespans, inflation and the greater likelihood of major medical expenses as one ages, it is clear that proper retirement planning should be a major factor for most people.

Some extracts from relevant advertisements to start off –

“Maintain your lifestyle – even after retirement…”

The time passed so fast and now you cannot imagine life without the luxuries you have come to know, the luxuries you deserve. The Company A annuities and pension plans allow you to live the lifestyle that you have become accustomed to – even after you’ve retired – without sacrifices that will affect your current quality of life.

“I WANT TO RETIRE COMFORTABLY”

It can be daunting to consider how much money it takes to retire in comfort. And government pensions do not provide the guarantees that they once did. But it’s never too late – or too early – to get started.

“At the rate things change today, long-term financial planning has become a concern for all of us.”

The responsibility for securing a comfortable retirement continues to shift from employers to the individual. Whether your goal is saving for retirement or you’ve already reached that goal and you want to be sure that you will never outlive your savings, an annuity may be just what you’re looking for. In Trinidad & Tobago as in the wider world, life expectancy has lengthened considerably with people living well past their retirement age. This introduces a new risk – outliving your savings.

Yes, Retirement Planning is an essential part of any good investment planning.

Central to the growth and long-term success of the CL Financial group was its ability to mobilise the retirement savings of the Caribbean people in pursuance of its wider commercial objectives.  I have been writing on how it all went wrong and who is to blame. 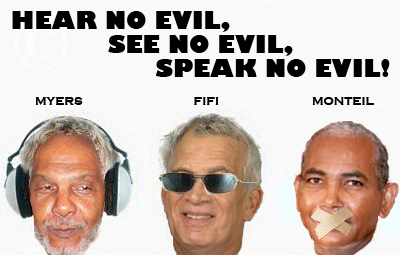 In preparing my submissions for the Colman Commission it occurred to me that the financial provisions made for the 3 CL Financial chiefs who departed in the last 12 months before the group collapsed is central to understanding the entire fiasco.  It is rich in irony.

Fiduciary Duty of Directors and Officers

The burning questions are –

The questions are pertinent and the time-line is instructive –

What benefits did the departing Directors and Officers enjoy?  Three of the most important and senior CLF chiefs departed in the 12 months prior to the collapse.  To be fair, Fifi was retiring from HCL, which has not been described as a failed company, despite its challenges.  To understand the picture properly it will be necessary for the Colman Commission to examine the terms of the retirement of these CL Financial chiefs.

Those departures must be examined from the documents if they were to be approached from the compensation aspect.  What I mean is that these chiefs would have been paid upon departure and that would likely have been documented.

The suggested line of enquiry is –

I am fully expecting that there will be further legal arguments to silence or shroud any efforts by the Colman Commission to delve into this aspect of things.  Colman must be robust in his probe – he must follow the money.