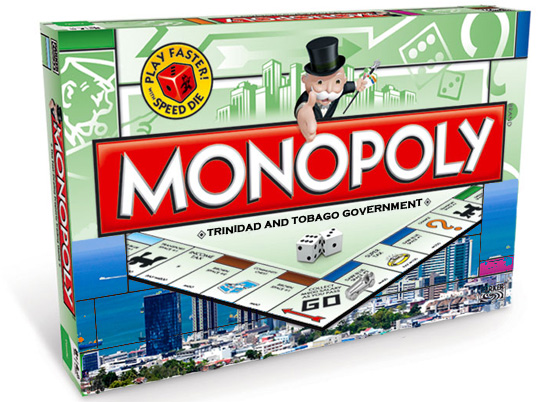 Once again, I am using this edition of Property Matters to consider the ever-controversial State Enterprises, against the wider question of the role of the State.  This is no small area for examination and I start by using what seems to be the favourite quote of Trade and Industry Minister, Stephen Cadiz, “Government has no business running business“.

Given the politics practiced here, it should be no surprise that all our political parties give emphasis to the important role of the private sector in the economy and society and so on.

The line of reasoning goes like this – “The State is only here to facilitate and clear the way for Private Enterprise.  The State does not intend to stand in the way of or compete with Private Enterprise” Those are not actual quotes, but they are just a paraphrasing of the sentiments expressed by various politicians over the years, whatever the party in power.

But the actual scale of the State’s involvement in the economy is in stark contrast to the political speeches.  It is my view that the State is in direct competition with the Private Sector in significant areas of the economy.  The large numbers of State Enterprises are inescapable examples of that.

We have to remember that it wasn’t always so.  A major part of the physical development in this country took place via the Ministries and without the involvement of any State Enterprises.  For instance, all the Primary Schools, Government Secondary, Junior and Senior Secondary Schools were built by the Ministry of Education.  All the Health Centres were built by the Ministry of Health and the Highways etc – up to the recently-opened extension to the Diego Martin Highway – were all built by Works & Transport.

Our State apparatus is huge, expensive and mystifying.

Growing up in the 1960s and 1970s, I can only remember a few State Enterprises – BWIA, TTEC, WASA, TELCO, Caroni, NP, NHA, PLIPDECO and maybe TRINTOC.    That sector grew hugely since that time. So today, for a country of about 1.4M people, we have 26 Ministries, 73 Government Bodies and 58 State Enterprises (according to ttconnect – The Government of Trinidad and Tobago portal).  To me, those are staggering numbers.    There is more on that in the sidebar.

Clearly the tendency is for that sector to grow, I cannot remember the last time the State disposed of any of their companies.  That seems to be given serious consideration only when there is an absolute crisis of the sort which confronted the NAR government in the late-1980s downturn.

In terms of expense, just consider that the 2011 Budget has an anticipated capital expenditure for the State Enterprises of $6.725Bn.  That figure is only for projects and so it excludes the salaries, rents and normal running expenses of those companies.

In this article, I am going to start asking about the State Enterprises which are in the Construction/Property field.  Those are, in descending order –

Some people would include National Insurance Property Development Company (NIPDEC) near the top of that list, but that is not a State-owned company, although many times one would be forgiven for thinking so.

Given the serious allegations of corruption at UDeCOTT leading to the Uff Commission and the continued public concerns on the State Enterprise sector, we are entitled to ask some searching questions.

When one considers that the State Enterprises listed are required to engage consultants and enter contracts for those construction works, the question has to be – What value do they add to the process of State procurement?

In the case of both UDeCOTT and the HDC, these State Enterprises are operating without accounts for several years and therefore in breach of the elementary rules of governance.  UDeCOTT’s last accounts were at the end of 2006 and NHA/HDC has had none since 2002 (I am informed that HDC recently filed its 2006 accounts).  In neither case have the Directors of those companies been sanctioned in any way.

Two of the hugest State Enterprises operating as rogues in a manner which is impermissible by Private Sector norms.  Even Lawrence Duprey’s CL Financial group had to publish its accounts within a year.

We have a large, subsidized State Enterprise sector, all paid for by taxing the very people against whom they are competing.  That is ‘advantage with a V’.

We need to ask how compatible is this arrangement with our National Development?

I am saying that it is hardly possible to blame this administration for the errors and excesses of the last one, but the honeymoon is running out fast.  Some say it is already done.

The point is that there is now an opportunity to engage in some reflection as to the purpose and performance of these huge State Enterprises.

In relation to the property and construction sector, there is also a recently-announced and large-scale national planning exercise taking place in two parts.  That is also a good reason to pause to review the character and pace of the State’s activity, particularly in the construction sector.

At the strategic level, there is no clarity as to the purpose of these State Enterprises.

At the level of performance, there is little evidence of value-added, far less value for money.

At the level of Corporate Governance and the transparent management of taxpayers’ dollars, there is extremely poor performance with no apparent intention to penalise the wrongdoers.

This sector of the State is in need of urgent, public and thorough examination.

SIDEBAR: What are the real numbers?

According to the Supplementary Public Sector Investment Program 2011 (p.5) – “…The State Enterprise Sector is comprised of fifty eight (58) companies of which forty seven (47) are wholly owned, six (6) majority owned and five (5) in which Government has a minority shareholding…”

But the TTConnect website shows only 38 State Enterprises on a list which excludes HDC, UdeCOTT, RuDeCoTT, EFCL, VEMCOTT and East POS Development Company.  That list also includes the Securities and Exchange Commission – which had never seemed to fit the profile of an enterprise – and Trinidad & Tobago Mortgage Finance, which is only 49% owned by the State, according to their own website.

11 thoughts on “Property Matters – The Business of Government”