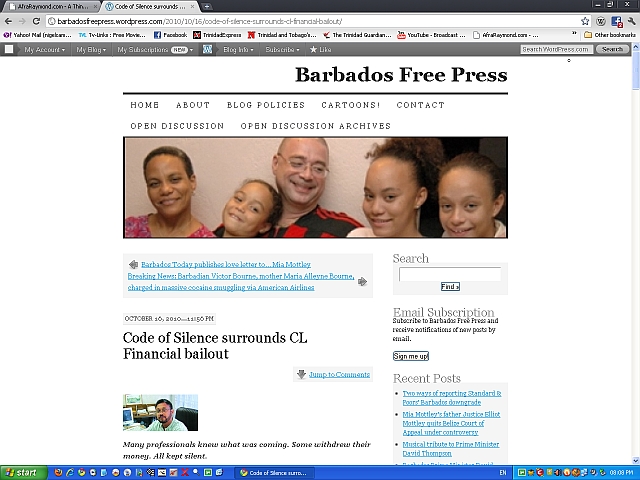 As usual, I sent the article to my main blogging-collaborator Barbados Free Press (BFP)

who split it apart into those halves. Maybe they felt that the bond default by AIC Barbados in the second half deserved a separate focus for their readers – who knows?

Later that day, the AIC story was picked-up by Forbes.com

and that story is here, Forbes picks up Barbados Free Press news feed!

One thought on “Barbados Free Press spreads the word for AfraRaymond.com”