The anti-corruption discourse in our country usually rationalises the failure or refusal to prosecute any important persons for corrupt acts as being a result of our small size. After all, everyone has a friend who will see for them. Those friends will warn them, lie for them, forget for them or even lose a file or two for them. We have all had these frustrating discussions and wondered if we can ever muster the will or the wits to lock-up the important people who regularly commit acts of grand corruption. 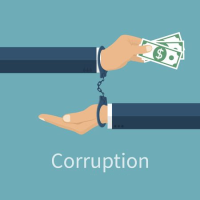 When one considers the global news on this anti-corruption struggle, it is clear that in some substantial way the tide has turned. In a variety of countries, the citizens have become so outraged at the damage that large-scale corruption has done to their societies that the authorities there have now started to take decisive action against this scourge. It all makes me wonder when is the Caribbean going to catch-up with the rest of the world in punishing these destructive acts.

I have to say that it is very disheartening to consider that some 50 years or so after achieving independence, so many of our countries appear to be in the actual control of these large-scale criminals. I am from the Independence Generation and it appears that we, together with some of those who went before, have squandered the chance to create new arrangements to repair the great damage inflicted on our people during the colonial period. We really and truly have lost our way, I am sorry to say. It is so serious that we actually have educated people saying openly that it would be better if we had remained as UK colony, or maybe we should just invite some fresh country to re-colonise us. That is how bad the despair has gotten.

I therefore smiled in surprise while reading this 2016 story from our tiny neighbour, Grenada, with a population of about 110,000.

On 20th December 2016, the High Court in Grenada sentenced Capital Bank International’s CEO and Chairman, Finton De Bourg, to 23 years in prison for 6 counts of fraud. The reports indicate that the offences were committed between 2002 and 2008. The 66-year-old De Bourg was also ordered to repay $16M EC within 5 years of his release, failing which he would face a further 3 years’ imprisonment.

One can scarcely imagine any such prosecution or conviction, far less imprisonment, taking place in our country. After all, we are too small.

The only conclusion I can see is that size does not really matter, what is important is the motivation to do the right thing, That type of motivation is sadly lacking here, with our police failing to pursue solid reports submitted with all the evidence.

We have to do better.

The International attack on corruption

These are a few recent extracts to show the shift I referred to – only the opening paras are cited. Although these countries are all larger than ours, the range of examples only make the Grenadian conviction and imprisonment all the more remarkable.

“…Israeli prime minister Benjamin Netanyahu’s wife appeared in court on Sunday for the start of her trial over alleged fraud and breach of trust, drawing renewed attention to the many scandals plaguing her husband and their family…”

“…A court in Guatemala has sentenced the former vice-president, Roxana Baldetti, to 15 years and six months in jail for her role in what became known as the “Magic Water” scandal…”

“…A Seoul court on Friday jailed former South Korean President Lee Myung-bak for 15 years for corruption, making him the latest in a string of high-profile political and business leaders ensnared by graft charges…”

“…In the country’s fight against corruption, Nigeria has convicted some 188 people since January 2018. The Executive Chairman of the Economic and Financial Crimes Commission (EFCC), Ibrahim Magu told the VOA in an interview monitored in Accra Sunday September 30, 2018…”

“…The Director of Public Prosecution (DPP) has approved the prosecution of Siaya Governor Cornel Rasanga after he was accused of embezzling public funds.
The Governor who is now in his second term has been accused of using taxpayers money to purchase plane tickets for his family members in the course of three years…”

3 thoughts on “Does Size really Matter?”