Our country is now at a state of flux insofar as the next stages of our development, which is largely dependent on the relationships between our leaders and us as citizens. This is a serious moment in the development of our Republic, so this is forming a key part of my Season of Reflection. 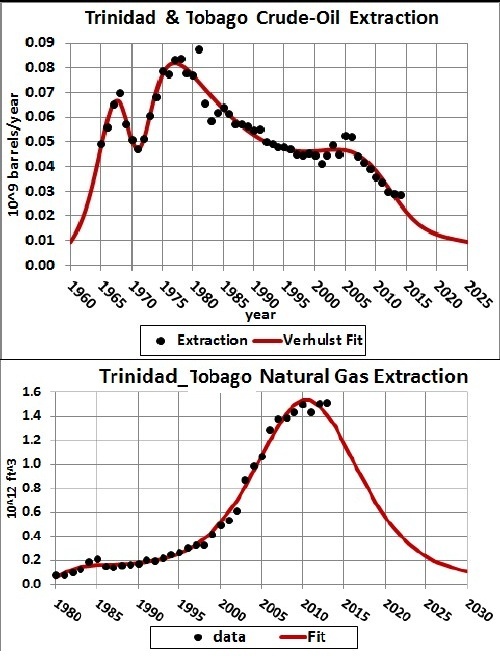 The long oil/gas boom we enjoyed is drawing to a close, so we are now therefore forced to really deal with hard diversification questions to maintain the viability of our society.

We have never before had such an educated population. Our country has more persons with degrees and professional qualifications than ever before – doctors, engineers, lawyers, IT specialists, accountants and finance professionals, lawyers, surveyors and teachers. We therefore have a citizenry which is capable of playing a huge role in the inescapable task of turning the corner into a new series of options for our society.

At the same time, notwithstanding the Freedom of Information Act, we have never been beset by such a solid commitment to official secrecy. This degree of secrecy is inimical to participatory governance and to my mind, does real violence to the utmost meaning of what our Republic should be about. We ought not to live in a secret society, but the fact is that we do.

The existing paradox is significant and unacceptable, given the emergence of a growing consensus for open government, as can be seen from the Open Government Partnership (OGP). It might surprise some readers, but T&T is a fully signed-up OGP member since 2013, with these strong statements –

“…Trinidad and Tobago maintains that the principles of open government-accountability, transparency and citizen participation are essential for effective democratic governance. The Open Government Partnership Initiative is, therefore, seen as a powerful mechanism for furthering the promotion of these principles so that we commit ourselves to working in tandem with our counterparts in this Initiative.

The principle of good governance has been a longstanding priority of the Government of Trinidad and Tobago and is articulated as one of the cornerstones of sustainable development in the country’s ‘Strategy for Sustainable Development’. In the execution of good governance, efforts are currently underway to increase the availability of information about governmental activities, support civic participation, implement the highest standards of professional integrity throughout the administration and increase access to new technologies for openness and accountability…”

Given the depth of the official opposition encountered by we who are seeking access to official information, those solemn commitments made by our government to Open Government make me wince.

As a supplement to the OGP, there is also the Open Contracting Partnership (OCP), which advocates for the fullest possible disclosure of all public contracts. In addition, T&T is a fully signed-up member of the Extractive Industries Transparency Initiative (EITI), under the chairmanship of my respected colleague, the ageless brother-surveyor, Victor Hart.

It is important to compare those official positions to the true position so that we can see the gaps which exist.

There is now raging national debate on the government’s plan to shut Petrotrin’s Point-a-Pierre refinery. There is no real official effort to disclose the several reports which have been relied upon to make that serious decision. The closure of the Petrotrin refinery will have very serious consequences for our country, way beyond the large-scale retrenchment of workers. The basic information is being presented in a selective fashion, such that one has to ask –

If indeed there is a clear and compelling case for this closure, why not make the facts known? All of them.

…The Minister of Energy and Energy Industries (Sen. The Hon. Franklin Khan): Thank you very much, Mr. Vice-President. Mr. Vice-President, let me first go on record by saying this Government did not take the shutdown of the refinery lightly. Every aspect was analyzed before we came to this decision. There are several reports obviously, that are there: the Petrotrin Strategic Plan, which we started off with which we felt was not going far enough, in terms of turning around the company, hence the results of the Lashley Report which was a multidisciplinary team to evaluate Petrotrin’s current financial position and to recommend plans for its restructuring. After that, there has been a lot of work going on to drill deeper into the data to determine what decision should be taken. Petrotrin recruited two internationally first-in-class consulting firms: Solomon and Associates and McKinsey & Company…We analyzed the data, the board presented the options to the Cabinet, the Cabinet accepted the preferred option of the board and the decision was taken. With regard to publishing some of the information and reports, the Government will look at it seriously, but it is ultimately a decision of the Cabinet.

Sen. Mark: Thank you, Mr. Vice-President. Given the fact that we are all committed to transparency and accountability and full disclosure and the Government having taken the decision, can the Minister indicate whether the Cabinet would be willing, as a matter of urgency, to table these reports so that the public can have a better appreciation of what informed the Government’s decision for that action? This is critical, Mr. Vice-President. Can the Minister give this Senate an undertaking that the Government will table those reports immediately?

Sen. The Hon. F. Khan: Mr. Vice-President, Sen. Mark knows how a Government operates. I cannot speak on behalf of the Cabinet. I said we are willing to consider but ultimately it is a decision of the Cabinet. I am just one of 23 in the Cabinet. There is about 33, by the way.

Sen. Mark: Mr. Vice-President, can the hon. Minister indicate when he will report to this Senate on the Government’s consideration of our request, on behalf of the people, to have all reports tabled in this Parliament? When will that take place?

Sen. the Hon. F. Khan: Mr. Vice-President, at the appropriate time…
(emphases are mine)

Well I tell you.

To quote Sprangalang – ‘Where here is?‘