The recent heavy rainfall and the accompanying flooding prompted me to revisit some items from the past which I had not written on before. It always makes me flinch to hear the statements on flooding from the UNC, for whatever reason. This is all part of my Season of Reflection.

This article takes us back to May 2010 at the point when the PP won 29 seats to form the government. On the night of the celebrations there was heavy flooding in south Trinidad due to heavy rainfall earlier that day. The PM-elect, Kamla Persad-Bissessar and the Minister of Works (in waiting) Jack Warner left the session at Crowne Plaza Hotel to tour the affected districts. The striking statement from Jack Warner was widely-reported – ‘Flooding would be a thing of the past under his watch.‘

So what happened? What attempts were made to deal with this national scourge? That is the topic of this article.

At that point I was President-elect of the JCC, pending my appointment in December 2010, and we agreed that the perennial flooding did little credit to the competent engineers and other colleagues in our institution. After all, T&T had hosted UWI’s Engineering Faculty from inception, so there is no shortage of professional skills to deal with this national issue.

We agreed to propose a multi-stakeholder Stormwater Management Committee (SMC) to the Minister of Works, Jack Warner, with these features –

Warner readily agreed to our proposal and to my memory seemed pleased to have this multi-sectoral approach to this large-scale flooding issue.

The SMC started its meetings in September 2010 and met seven times. At that stage, the SMC had developed a list of drainage projects which could offer the State an organised approach such that selections could be made on the basis of either priority or cost. The projects were sized so that small contractors and engineers could also qualify, as the mega-contract approach would not be sufficiently inclusive. In a word, a matrix had been established to promote an orderly approach to this issue.

During the SMC’s eighth meeting in December 2010 an unanticipated setback appeared. The Ministry of Works PS raised certain issues related to the working arrangements, which amounted to a fundamental objection that there was insufficient clarity. The meeting ended with an agreed proposal that a Memorandum of Understanding was to be drafted by our side to specify the roles of the parties and the SMC’s objectives.

That MoU was drafted at our expense, after consultation with our colleagues at UWI. It was submitted to the Ministry for their consideration and comments, but nothing more was ever heard about that matter, despite our attempts to pursue it.

We were never able to get a proper answer as to what objections were raised to our draft MoU and eventually the SMC was embalmed in bureaucratic inertia. My own impression was that the SMC approach was too open and organised for the powers-that-be, but that was never an official decision of the JCC. 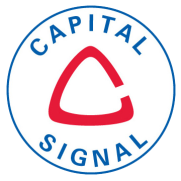 In October 2012, it was announced that Capital Signal Ltd. was awarded the design-build contract for the Port-of-Spain Flood Alleviation Project. That project was IDB-funded and stakeholder consultations were held, but there is no trace of any further activity on that project.

The point is that the records of the Ministry of Works & Transport contain viable proposals to alleviate the large-scale flooding issue which has once again beset our country. What is more, the senior professionals there all know this, so what is the delay?

Having resigned as JCC President in November 2015, I do not know whether the SMC proposals or approach are being pursued by that organisation. Apart from notices of FIDIC courses, the latest item on the JCC website is from November 2016.

It is now important that the Minister of Works and Transport, Senator Rohan Sinanan, consider how the recommendations of the SMC could be used to alleviate our country’s flooding issues. It is a matter of basic political responsibility. Real credit will go to any administration which can implement an effective and orderly approach to this flooding problem.