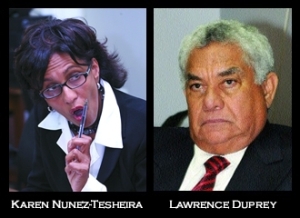 The bailout proceeded between 30th January 2009 and 12th June 2009, with over $5.0 Billion in Public Money paid to CLF in that period, under the terms of the Memorandum of Understanding (MoU) signed between then Finance Minister, Karen Nunez-Tesheira, and Lawrence Duprey, then CLF’s Executive Chairman. That MoU governed the expenditure of this vast sum of Public Money before the 12th June signing of the CLF Shareholders’ Agreement. All of which calls into question the continued claims, in relation to the Tobago Sandals project, that MoU’s are non-binding. As we say here, is according.

There has been an incredible escalation in the cost of this bailout, from the initial estimate of $5.0 Billion, to the present expenditure exceeding $25.0 Billion. This has been a source of serious concern as priority was given to pay the claims of the CLF creditors over other urgent, public needs.

The key areas of concern are set out here – 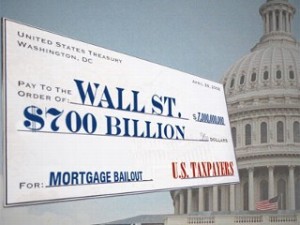 The bailout terms have been described as a loan to a distressed company along the lines of the Wall Street bailout in the USA and nothing could be further from the truth. The CLF bailout contained no provisions for the length of time before the money was to be repaid and no mention of interest. Interest was only charged on the first $5.0 Billion, which was advanced to CLICO as preference shares at 4.75%.

When one considers that the stated interest and financing cost of the CLF bailout was confirmed by the Finance Ministry to be over $4.83 Billion, it is clear that the citizens of this country have been taken for a long, hard ride.

The American companies which were bailed-out by the USA Treasury all paid very high rates of interest, in the case of AIG almost four times more than the ‘base rate’. 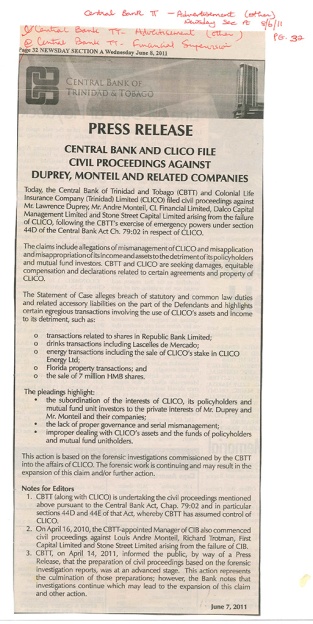 On 7th June 2011 the Central Bank started a private lawsuit against the CLF principals, Lawrence Duprey and Andre Monteil and the investment companies in their control. The CBTT Press Release of that date made these statements on some of the alleged actions of these persons –

There has been no further update in that lawsuit and both sides appear to have maintained the ‘Code of Silence’. We have had no news of any arrests or pending criminal prosecutions.

Mr Williams served as Central Bank Governor in the decade 2002-2012. The Governor’s prepared statement to the 30th January 2009 Media Conference to announce the CLF bailout, specified the causes of the collapse and then –

“…In our regular monitoring of CIB, and of Clico since 2004 (when insurance supervision was transferred from the Ministry of Finance), the Central Bank has consistently focused on these deficiencies but have been stymied by the inevitable challenge of change and by inadequacies in the legislative framework which do not give the Bank the authority to demand these changes…”

That could only mean that the Central Bank was aware of the fatal deficiencies for five years before the fateful collapse of CLF. It was later confirmed that Governor Williams held investments with the group at the time of the collapse – see the official Central Bank statement here.

On July 18, 2013, Williams, Chairman of the University of the West Indies (UWI) St. Augustine Campus Council, was conferred the title of Distinguished Fellow in the Department of Economics of the Faculty of Social Sciences by the University Appointments Committee for the period August 1, 2013 – July 31, 2016. Mr Williams is also Director of the T&T International Financial Centre Ltd., has served as adviser to the Minister of Finance and was awarded our country’s second-highest national honour, the Chaconia Medal (Gold) on Republic Day 2018.

Well I tell you.

The role of the UWI

The USA bailout was estimated to cost about 1% of GDP and the CLF bailout cost between 10-13% of our GDP. Given the size of this collapse, it is staggering that the UWI or its Business Schools have not produced a serious study into the collapse and subsequent bailout as has been the case in the other countries we aspire to emulate.

The Echo in the Bone

Finally, can this happen again? Can another offer emerge for terrific returns with little or no risk? If that happened, do we in the investing public understand enough to avoid those over-risky situations? Have we learned enough from the CLF collapse and bailout or put new rules in place to prevent a recurrence of these terrible losses?

Well, as so often in T&T, the answer is both ‘yes and no’. Yes, it could all happen again and no, we do not have new rules in place to stop a recurrence. 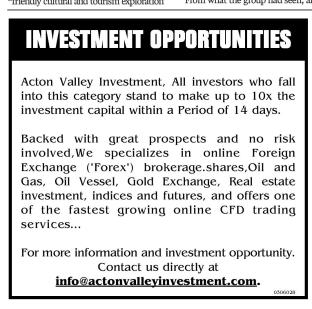 On 12th March 2015 the T&T Securities and Exchange Commission published its Investor Alert to the Public on Acton Valley Investments. That document makes amazing reading as it warns the public against promised ‘Investment Opportunities’ in which they “stand to make up to 10x the investment capital within a Period of 14 days” and that there was “no risk involved”. Acton Valley Investment also indicated that it specializes in, inter alia, “Foreign Exchange (“Forex”) brokerage.”

Given the high levels of cupidity which fuelled the CLF crisis on all sides, there is literally no telling how much money was scooped-up by Acton Valley Investments before those advertisements stopped.